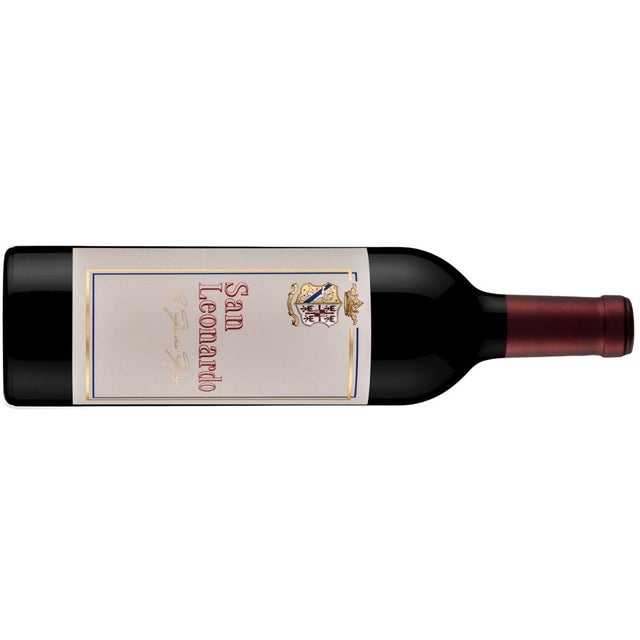 Add to Cart
Tasting Notes & Reviews
"I am reluctant to draw too many conclusions from this sample because it has not yet finished its bottle evolution. San Leonardo is notorious for its long aging requirements, even in a warm and accessible vintage such as this. The 2015 San Leonardo will be officially presented at Vinitaly in 2020 (in April) and will hit foreign markets soon after that. From what we can determine now, this is shaping up to be a beautiful wine with deep inner fruit richness and exuberance. In its current state, the wine is lavish and extremely radiant. I am faithful that great results will follow. Stay tuned..." 94-97/100 Monica Larner, RobertParker.com, Dec 2018

From a palpably riper vintage than the 2014 tasted yesterday but still with San Leonardo's trademark restraint. This is very youthful and clearly has the structure underneath to go quite a distance. Great freshness and bite but not at all skinny. Much more aérienne than the average red bordeaux – on which it was originally modelled. Very long indeed." 17.5/20, Jancis Robinson, Mar 2020

The Estate
San Leonardo is a very ancient hamlet, whose origins are lost in time. But even before the year 1000, San Leonardo in Sarnis was known as a place where the grapevine flourished. There the Frati Crociferi (the Crutched Friars) perfected their winemaking skills, to the point of being highly esteemed by the Austro-Hungarian court in Vienna. The boundaries of today’s estate, which boasts 300 hectares, aligns precisely with the perimeter of the ancient feudal settlement. The Marchesi Guerrieri Gonzaga, owners and winegrowers at San Leonardo since the 18th century, have always played a major role in its centuries-old history, and this long family tradition today embraces every corner of the estate, which is a world of its own, a borgo within its own circuit of walls.