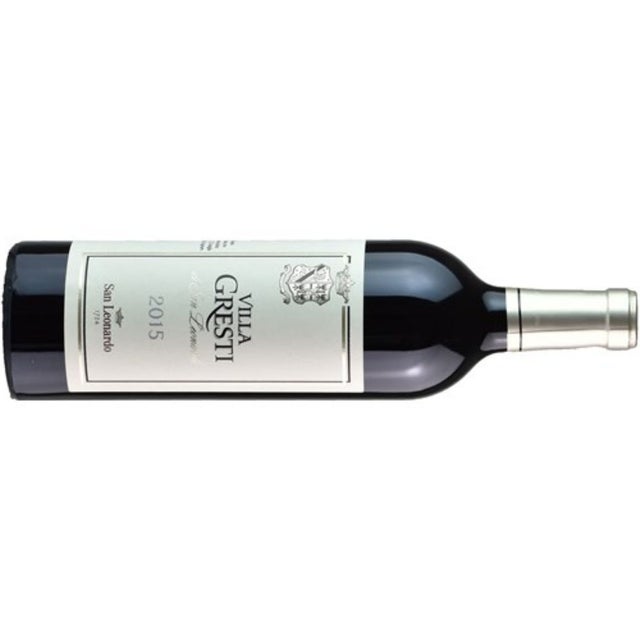 "The 2015 Villa Gresti di San Leonardo is a blend of Merlot with a dollop of Carmenère from an old vineyard located around Villa Gresti. It opens up with breathtaking aromatics, showing dusty black cherry and wild blueberry with a peppery, herbal infusion, as notes of moist dark soil and roses form. There’s a stimulating mixture of acids and salty minerals that offsets its silky textures in a red-fruited display that is more savory than sweet. Tannins build but never get in the way, finishing lifted and refined, with notes of blueberry skins and herbs. Wow." 93/100 Eric Guido, Vinous, Nov 2020

The Wine
A refined union of Merlot and Carmenère, Villa Gresti exhibits sublime texture and silk-smooth tannins. Aged for 12 months in new French oak, this is not just an initiation in the world of San Leonardo, this is the exceptional entry on what grapes can achieve in the historical estate of San Leonardo.
​
The Estate
San Leonardo is a very ancient hamlet, whose origins are lost in time. But even before the year 1000, San Leonardo in Sarnis was known as a place where the grapevine flourished. There the Frati Crociferi (the Crutched Friars) perfected their winemaking skills, to the point of being highly esteemed by the Austro-Hungarian court in Vienna. The boundaries of today’s estate, which boasts 300 hectares, aligns precisely with the perimeter of the ancient feudal settlement. The Marchesi Guerrieri Gonzaga, owners and winegrowers at San Leonardo since the 18th century, have always played a major role in its centuries-old history, and this long family tradition today embraces every corner of the estate, which is a world of its own, a borgo within its own circuit of walls.